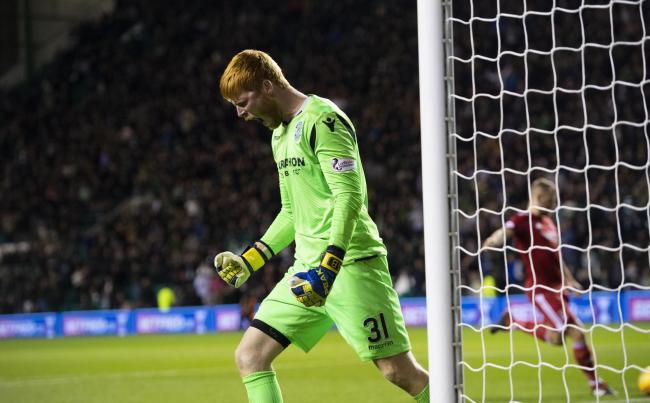 He signed for Bolton Wanderers on a two-year contract on 1 August 2007. His contract was extended in 2009 until June 2011.
In September 2009, Bogdán joined League Two team Crewe Alexandra on a one-month loan. He made his debut on 29 September 2009 in a 3–2 home defeat to Bury, during which he made an error that cost Alexandra a point.
He made his Bolton debut in a 1–0 League Cup victory over Southampton on 24 August 2010. On 29 August 2010, Bogdán made his Premier League debut when he replaced Jussi Jääskeläinen, who had been sent off for violent conduct, 37 minutes into the home game against Birmingham City. He made his first Premier League start in the away game at Arsenal on 11 September. Following Jääskeläinen’s return, Bogdán returned to the bench but manager Owen Coyle gave Bogdán starts in both the League Cup and FA Cup. On 31 March 2011, he signed an extension to his existing contract, which would keep him at the club until 2014.
The 2011–12 season gave Bogdán more playing time after Jääskeläinen suffered an injury during an international break. On 14 January 2012, Bogdán saved a penalty kick from Wayne Rooney.
He performed well during Jääskeläinen’s absence and when the Finn returned from injury, Bogdán kept his place for the home game against Arsenal on 1 February, in which he kept a clean sheet in a goalless draw. Despite Jääskeläinen’s return to full fitness, Bogdán remained first choice goalkeeper. On 11 March 2012, after Bolton’s victory over QPR, and on 1 April 2012, after Bolton’s 3–2 victory over Wolverhampton Wanderers, Bogdán was selected for in the “team of the week” by Garth Crooks. On 14 May 2012, Bolton Wanderers held their annual end of season dinner, with Bogdán the recipient of the main accolade as he was named the club’s Player of the Year, which is voted by the supporters. Bogdán admitted he felt mixed emotions after getting the award due to the draw against Stoke City which resulted in Bolton’s relegation from the Premier League.
Bogdán signed a contract extension on 29 November 2012, which extended his contract to summer 2015. During the 2014–15 season, Bogdán only made 10 appearances for Bolton, after being displaced as the team’s first-choice goalkeeper by Andy Lonergan.

On 12 June 2015, it was confirmed that Bogdán would join Liverpool on a free transfer on 1 July, when his contract expired. He made his debut on 23 September, in a League Cup third round tie against Carlisle United at Anfield, and saved three penalties in the shootout, enabling his side to win the shootout 3–2. On 20 December, he made his Premier League debut for the Reds in a 3–0 loss to Watford at Vicarage Road. Bogdán also played in a much-changed Liverpool side away to Exeter City on 8 January 2016 in the third round of the FA Cup.
On the last match of the 2015–16 Premier League season, Bogdán was named in the starting line up against West Brom after a long absence from the first team squad – the match ended in a 1–1 draw.
On 20 July 2016, Bogdán joined Wigan Athletic on loan for the 2016–17 season. Bogdán made 17 appearances for Wigan, keeping five clean sheets. In his final game, a 0–0 draw against Barnsley on 19 November, Bogdán suffered a tear in his anterior cruciate ligament and was substituted in the 59th minute. Bogdán then returned to his parent club Liverpool for rehabilitation.
On 2 July 2018, Bogdán moved on a season-long loan to Scottish Premiership club Hibernian. Bogdán played regularly for Hibernian during the early part of the 2018–19 season, but then missed several games due to concussion symptoms.

Bogdán playing for Hungary in 2011
Bogdán received his first call up for Hungary in October 2008, and was an unused substitute in their 1–0 win over Malta. In June 2011 he made his first full international appearance, in a 1–0 win against Luxembourg. He was named as Hungarian Player of the Year for 2012.