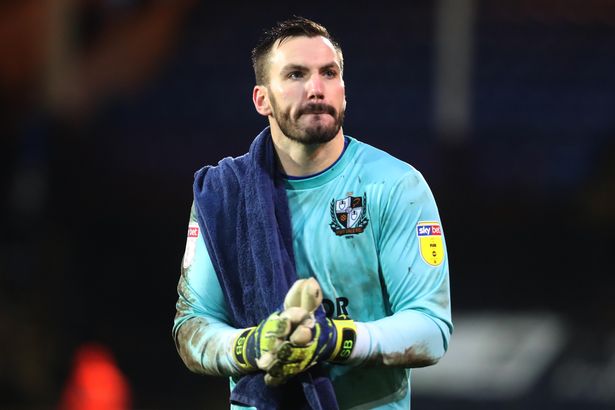 Brown is a product of the Wolverhampton Wanderers youth academy and played in the League of Wales for Welshpool Town before signing for Bristol City and then at the start of the 2005–06 season joining Cheltenham Town.

He served as an understudy to Shane Higgs whilst at Cheltenham, but as Higgs picked up some injuries, Brown had been promoted to first choice goalkeeper at the club.

Brown was given the number 1 shirt for the 2009–10 season following the departure of Shane Higgs, and has since been in terrific form, helping Cheltenham scrape away from the relegation battle, albeit on the last day of the season.

Brown found appearances in 2011–12 more difficult to come by after the loan signing of future England international, Jack Butland, who initially joined Cheltenham after an injury to Brown. Despite Butland’s presence, Brown was handed a new two-year contract at the end of the season, expiring in June 2014.

For the next two seasons, Brown remained unchallenged for the number 1 shirt. He has remained as dedicated as ever to the Robins to the point of publicly criticising two unnamed players after a defeat against Rochdale in April 2014, who admitted to manager Mark Yates in training, that they had not been trying. Brown went on to say that “I could bring my mate from the pub along and even he would run around and try his best.” Cheltenham chairman, Paul Baker, commended Brown and promised to take action.

Brown was offered a new contract at the end of the 2013–14 season, after being with Cheltenham for 10 years.  However he opted to sign for Scottish Premiership club Aberdeen in May 2014 because of the better chances at higher club level he could get. He made his Aberdeen debut on 23 September, in a 4–0 win against Livingston in the Scottish League Cup. His first league appearance came on 24 October 2014, as Aberdeen beat Motherwell 1–0.

Brown’s instatement as first choice goalkeeper coincided with an excellent run of form for Aberdeen; his eight clean-sheets in a row was part of a winning run that took them to the top of the table in January. However, lapses in important defeats in the league cup semi-final and in a top-of-the-table match against Celtic, which effectively ended Aberdeen’s trophy chances, led to Jamie Langfield taking over in goal. Brown took the starting place back for the final eight matches of the season as Aberdeen comfortably achieved Europa League qualification. He was released at the end of the 2015–16 season.

On 26 July 2016 it was announced that Brown had signed a two-year deal with Wycombe Wanderers.

On 21 November he joined National League side Eastleigh on a short-term loan.

Return on loan to Cheltenham Town

In the summer of 2017 Brown signed for Port Vale in a move that took him closer to home. After an impressive first season he extended his stay with the club.