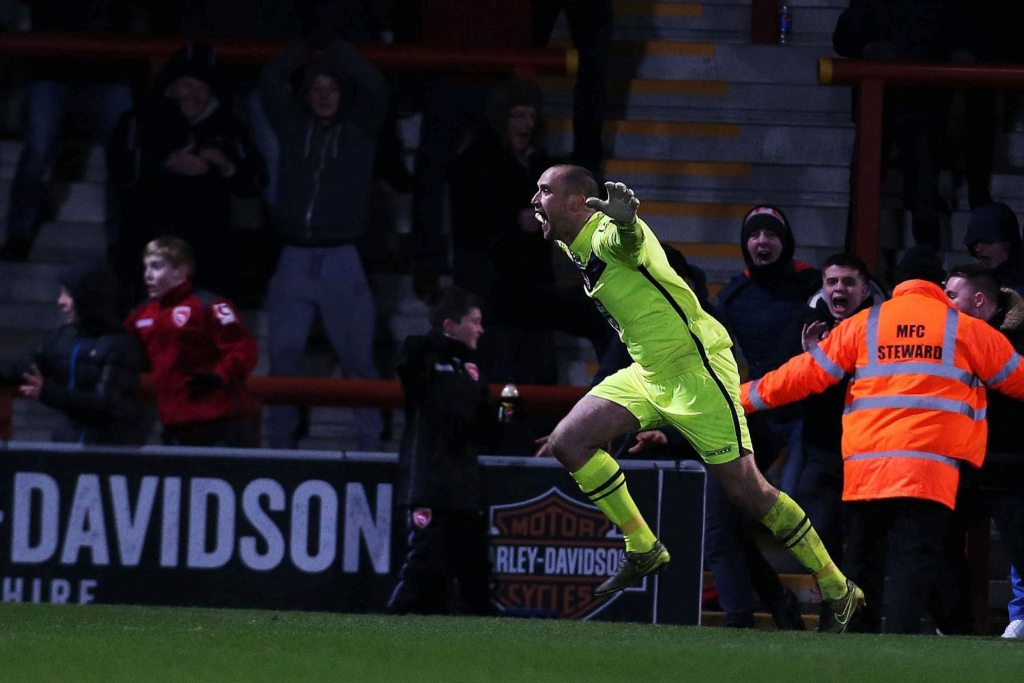 Despite amassing over 500 career appearances, Morecambe’s Barry Roche isn’t ready to slow down yet. The 6ft4 Irishman has enjoyed  16 years of first team football to date, including nearly a decade as Morecambe’s first choice keeper. Roche signed with PEAK at the beginning of this season and we were lucky enough to spend some time getting to know him a little better.

Barry as been friends with PEAK’s main designer since their time together at Nottingham Forest. When we approached him in the summer to make the move to PEAK the decision was easy;

“I have worn gloves designed by Scott (PEAK chief designer) before and know the standards he expects. When I got the call it was a very simple yes and I haven’t been disappointed. The gloves have been excellent and the PEAK vision for the future is one I’m happy to be part of. It’s nice to be spoilt for choice with the gloves and I’m still unsure of my favourite!”

His current glove of choice is the ARMOR glove but he has also wore the SOLAR on many occasions too. 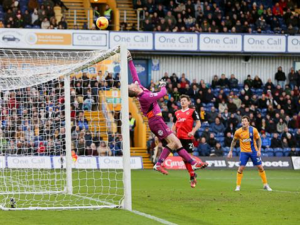 This season started extremely well for the veteran stopper with him making the shortlist of 4 for the League 2 Player of the Month. Roche unfortunately missed out on the award but was happy with the recognition of his performances;

“It’s always nice to be noticed for good performances, as any goalkeeper will tell you it’s usually our mistakes which get the most attention.”

Morecambe currently sit 19th in League 2 but with a game in hand against bottom club Newport County. A win would see them join 3 other clubs in joint 14th and only 8 point off the play-offs. 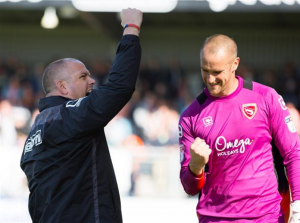 Last season saw Barry Roche join the Goal Scoring Goalkeepers Club by way of a 94th minute headed equaliser against Portsmouth. After he struck he wheeled away in celebration and admits everything is a bit of a blur looking back;

“I went up for the corner and at 6ft4 you’ve always got a chance! As soon as I saw it cross the line I just sprinted to the corner flag and dived to the floor, next thing I know I was covered by all the team!” 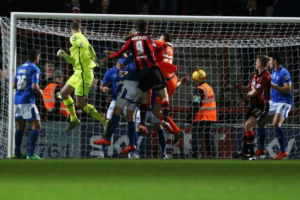 Getting to know Barry Roche

Barry took the time to answer a few questions for us, take a look at what he had to say:

Who do you look up to in the goalkeeping world?

Peter Schmeichel was always my hero and it always pained me to say it given I’m a Liverpool fan. But He had absolutely everything. His agility and reflexes for such a big man were outstanding and also his presence.

Who has been your toughest opponent?

I always enjoyed playing against Marc Richards, particularly when he was at Port Vale. It was always a battle and more often than not I’d come off the pitch with more than a few bumps and bruises.

What has been your biggest achievement as a Goalkeeper?

Playing the amount of games I have. To surpass 500 professional games is something I’m immensely proud of and there’s more to come.

Best save you have ever made?

Away at Crawley seven years ago. A finger tip save from a header back across me. I actually wasn’t going to go for it as I thought it was in but managed to claw it onto the post and way.

You have to work hard and make the necessary sacrifices if you want to improve. I didn’t make enough sacrifices when I was younger which is something I’ll always regret.

Toughest part about being a Goalkeeper?

If you make a mistake then more often than not it ends up being a goal. The penalty box can be a very lonely place when that happens.

Best part about being a Goalkeeper?

Being the hero. Making a last minute pen or top drawer save and keeping your side in the game or winning the three point.

Finally, What is the best save of the season so far?

Tom Heaton’s save from Ibrahimovic’s close range volley. It was bravery at its best and as a result, got his side a point!

Keep up to date with the remainder of Barry Roche’s season by following his Twitter here!