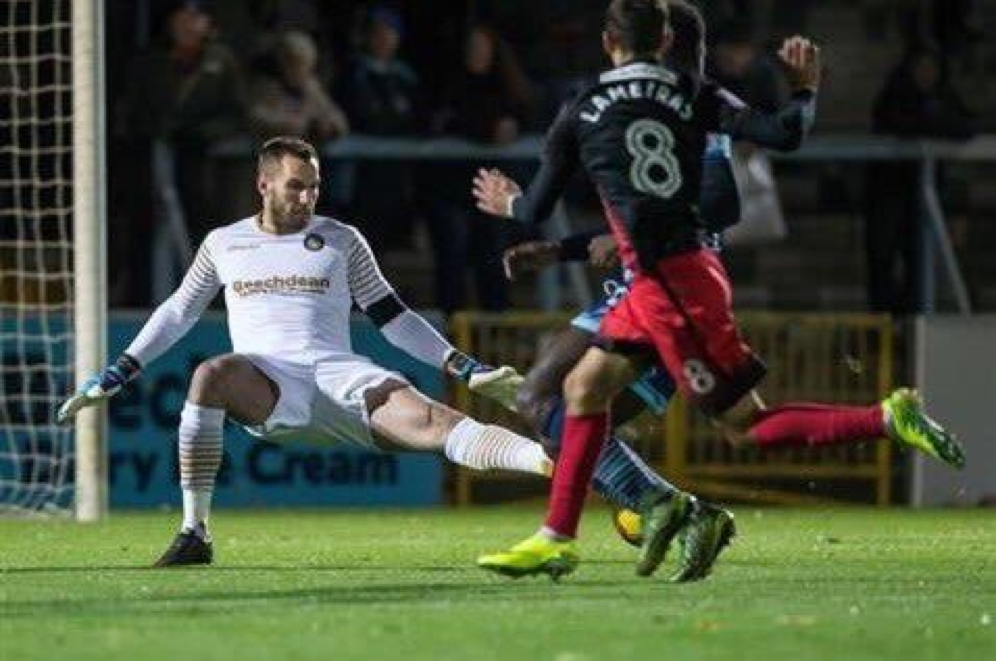 In the summer Scott Brown made the move back across the border hooking up with PEAK Goalkeeper Coach Barry Richardson at Wycombe Wanderers and also PEAK Goalkeeper Gloves.

After enjoying a good pre-season Scott unfortunately suffered a groin injury in the opening League 2 game of the season.

With an extended stay in the physio room expected, Wycombe turned to fellow PEAK endorsee Jamal Blackman of Chelsea to fill the hole left by Brown.

Scott and his Goalkeeper Gloves

Scott joined the PEAK team shortly after joining Wycombe and has opted for the Security Goalkeeper Gloves so far this season and has had a lot of good things to say:

“A quality fit paired with great grip means with my PEAK gloves I have just what I need to go into a game confident. I have tried a lot of gloves in my career and couldn’t be happier with the SECURITY Goalkeeper Gloves!” 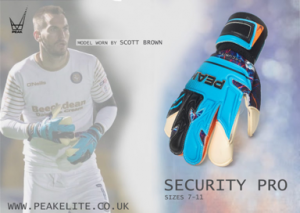 Next Up for Scott

Now back fit, Scott is nearing the end of an emergency loan at Eastleigh and looking forward to what 2017 could have in store. He took a few minutes with us to answer some questions, take a read of his answers below! 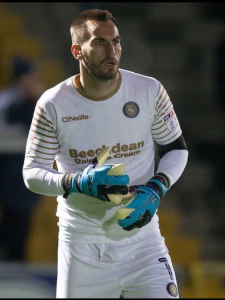 Who do you look up to in the goalkeeping world?

I was bought up as a wolves fan and used to have a season ticket there with my dad and they had a goalkeeper called Mike Stowell (now Goalkeeper Coach at Leicester City) who I always looked up to as a kid but right now I would have to say Buffon, he just seems to have got better a better and is still one of the best in the world even at nearly 40.

Who has been your toughest opponent?

For some reason Bayo Akinfenwa always seemed to score against me every time I played against him so I was glad that when I joined Wycombe he was there as well, I think his record is 9 in 6 games against me but still managed to mark him out a game in training the other day.

What has been your biggest achievement as a Goalkeeper?

I think when I was at Aberdeen we won 8 in a row and kept 8 clean sheets in a row, it broke all sorts of club records and some of them were goalkeeping coaches Jim Leighton’s which meant a lot.

Best save you have ever made?

Mmmmmm, I think I made a triple save away at St Jonstone on a Friday night on BT in the last minute which helped us save a point which was very special to me.

Play with a smile on your face, relax and when you make a mistake try and learn from it.

Toughest part about being a Goalkeeper?

The mental side, I didn’t realise how tough it was until I moved to Aberdeen when everything you do is scrutinised and when you make a mistake everyone lets u no about it. You just have to forget about them and make sure the next thing you do is positive

Best part about being a Goalkeeper?

Putting the gloves on every day and realising that you play football for a living.

What is the best save you have seen so far this season?

Randolph last weekend against Liverpool especially after his mistake.

Thank you Scott for taking the time out to talk with PEAK!